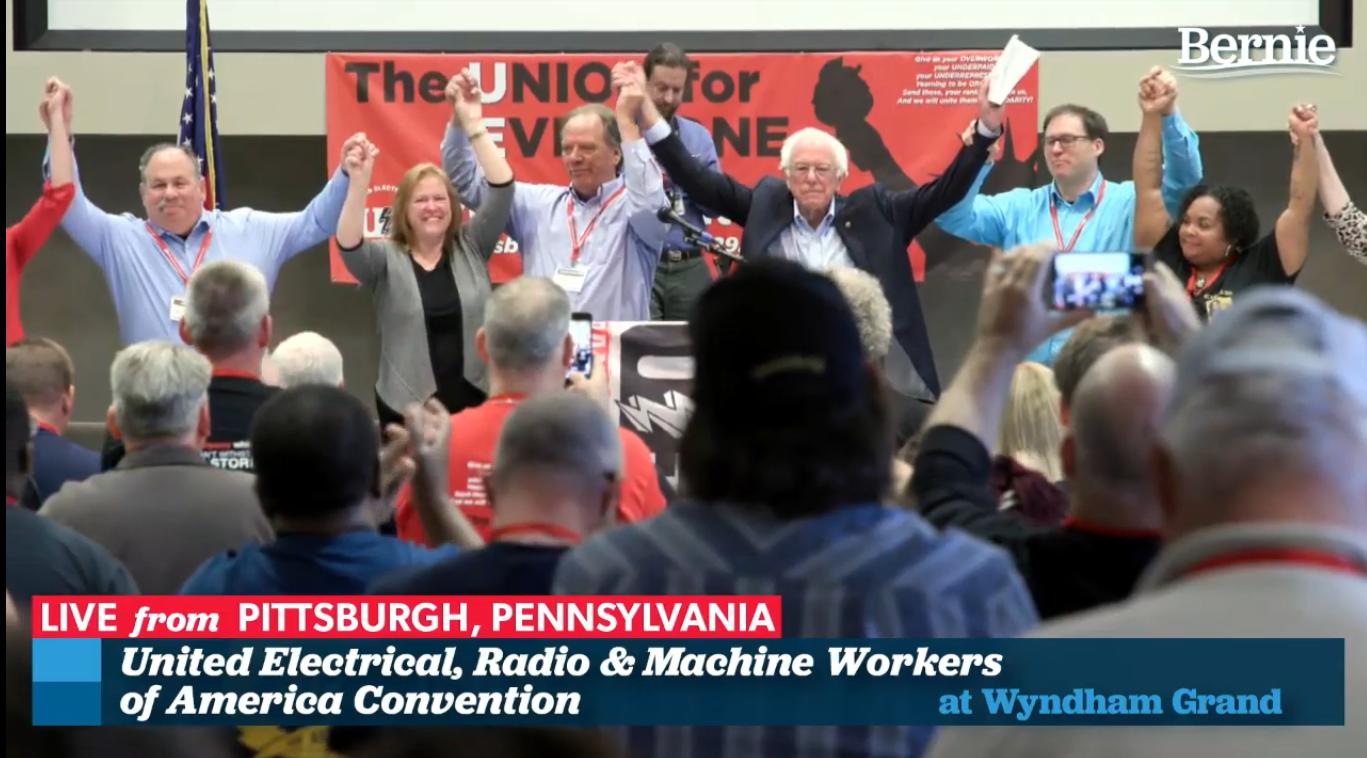 Aug 26, 2019 – Vermont Sen. Bernie Sanders nabbed a presidential endorsement from the Pittsburgh-based United Electrical, Radio and Machine Workers of America on Monday, following a speech at the union’s convention.

PITTSBURGH — Vermont Sen. Bernie Sanders nabbed a presidential endorsement from the Pittsburgh-based United Electrical, Radio and Machine Workers of America on Monday, following a speech at the union’s convention.

Union leadership said Sanders has been a longtime supporter of workplace actions, including a nine-day strike in Erie earlier this year involving 1,700 locomotive plant workers.

“Bernie understands the need for workers to have a democratic, independent union movement that is unafraid to challenge corporate America’s stranglehold on our economy,” said UE General President Peter Knowlton a statement. The union also supports Sanders’ plans to expand organized labor, end right-to-work laws and implement “Medicare for All.”

The UE represents about 35,000 workers across a variety of sectors, including Beaver County residents working throughout the state, a spokesperson for UE said. Other unions with ties to the region have yet to endorse a candidate.

“It’s got to mean something in a labor-heavy county like Beaver,” said Greg Harmon, a building contractor from Beaver Falls. “We have a lot of union voters here.”

It’s unclear if the endorsement will boost local support for Sanders; President Donald Trump’s focus on blue-collar workers helped him win Beaver County by more than 18 percentage points in 2016 — although he won Pennsylvania by fewer than 43,000 votes.

“Our fight is about the need for an economy that works for all Americans and not just the one percent,” Sanders said about the endorsement. “And we are going to win that fight together.”