By Carl Davidson
Keep On Keepin’ On

I’m getting fed up with pompous pundits lecturing the ‘Occupy!’ movement for not having a set of specific demands.

A case in point: New York Time financial columnist Joe Nocera quoted at length in a story by Phoebe Mitchell in the Daily Hampshire Gazette on Nov 29.  He was speaking at the Amherst Political Union, a debate club at UMass Amherst.

Nocera starts off with the now usual tipping of the hat to the protestors:

“Nocera believes the anger caused by income inequality, a divisive issue across the country in this prolonged economic downturn, is the fuel for both popular uprisings. ‘If we lived in a country that had a growing economy and where the middle class felt that they could make a good living and had a chance for advancement and a decent life, there would be no tea party or Occupy Wall Street,’ he said.”

But we don’t live in such times, and the more interesting story is that OWS and its trade union allies are displacing the Tea Party, and energizing the progressive grassroots. Nocera, however, makes OWS the target.

“He believes that for the Occupy Movement to be successful, it must frame clear demands that outline a plan for creating jobs and refashioning Wall Street to benefit the entire country and not just a select few wealthy investors. Without a solid plan for moving forward, he said, the Occupy protestors will be continued to be viewed by Wall Street supporters as little more than “a gnat that needs to be flicked from its shoulder blades.”

A ‘gnat’ indeed. In due time, a progressive majority may well come to view our dubious ‘Masters of the Universe’ on Wall St as bothersome gnats to be flicked away.

But to get to the main point, Nocero knows perfectly well that there is any number of short, sweet and to the point sets of demands aimed at Wall Street finance capital and the Congress it works to keep under its thumb. Richard Trumka of the AFL-CIO has been hammering away at his six-point jobs program—one point of which is a financial transaction tax of Wall Street as a source of massive new revenues to fund the other five.

The United Steel Worker’s Leo Gerard has been tireless for years working for a new clean energy and green manufacturing industrial policy that could create millions of new jobs and get us out of the crisis in a progressive way.

So what happens when these demands are put forward? With our Wall Street lobbyists working behind the scene, the best politicians money can buy declare them ‘off the table.’ Nocera and others of like mind in punditocracy put the cart before the horse. OWS arose as a result of a long train of abuses, year after year of sensible, rational, progressive demands and programs swept off of Congress’s agenda like so many bread crumbs from a dining table. Not even brought to a vote. OWS and a lot of other people are fed up with being dismissed.

The pundits should watch what they wish for. The demands and packages of structural reforms will be back, much sharper and clearer, and with the ante upped by hundreds of thousands in the streets, as well as millions turning out for the polls. In fact, the solutions have always been there for anyone with ears to hear. We’ll see if our voices are loud enough to crack the ceiling at the top, and let some light shine through.

He made about $30,000 as a social worker for nonprofits, and she collected Social Security medical disability benefits. They weren’t rich, but with three children at home, they got by — until he lost his job not long after they became homeowners.

As David Vaughn, 38, tried for years to find work in his field, the family struggled to save their home from foreclosure. They finally found a buyer for it in September. Now, they rent from her sister.

"We’re looking to see how we can get things back to normal," Deidra Vaughn, 31, said last week as she stocked up on groceries at the North Hills Community Outreach food pantry. "I’d like to see my husband back in his field, hopefully, when the economy gets better. Every day is a struggle."

Poverty — which federal guidelines define as having income of $26,170 or less annually for a family of five — once was widely associated with inner-city communities, but during the nation’s economic downturn, it infiltrated more middle-class neighborhoods. A Brookings Institution analysis of census data showed that from 2000 to 2010, the number of poor individuals in suburbs grew 53 percent, compared with 23 percent in cities.

END_OF_DOCUMENT_TOKEN_TO_BE_REPLACED

The Greenfield Bridge is in such bad repair that it has catch pans under it to capture falling debris. As several hundred protestors surged across the bridge – including construction workers bearing tools and equipment – a large "Good Jobs Now" banner was displayed for drivers on Interstate 376. 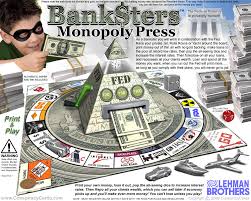 END_OF_DOCUMENT_TOKEN_TO_BE_REPLACED

The 38th convention of the International Brotherhood of Electrical Workers
(IBEW) has endorsed single payer health as a solution to the nation’s
health care crisis.

The 3,000 delegates who attended the IBEW convention called upon “…our
international officers (to) do everything in their power and authority to
work with other groups and elected officials to build support and action
for universal single payer health insurance….”

The IBEW represents over 725,000 members in the United States and Canada
and is one of the largest building trades unions affiliated with the
AFL-CIO.  The September 2011 convention was held in Vancouver, Canada.

END_OF_DOCUMENT_TOKEN_TO_BE_REPLACED

One Cartoon, One Thousand Words