You might think it depressing to stand in a parking lot in a cold blowing rain on a Saturday afternoon to protest for our voting rights.

Nothing could be further from the truth.

Over fifty people, black & white, young and old, stood together outside State Senator Elder Vogel’s office last Saturday at noon. We let him know we don’t like the PA Republican legislators trying to make it harder to vote.

HB 934, which would create obstacles to voting, was rushed through the State House of Representatives. We want to make sure Senator Vogel doesn’t allow the same thing to happen in the State Senate.

USW International Vice-President Carl Redmond addressed the crowd, after being introduced by Minority Coalition Chair Linwood Alford. He pointed out that the Republican Governor was slashing the budgets for education, child care, community services, environmental protection, worker safety and local governments. Curtailing the right to vote is part of their plan to silence the voice of the working people of our state.

NAACP President Willie Sallis and Beaver County Commissioner Joe Spanik also spoke. The theme of the day was unity in defense of our rights and the gains we’ve made over the years.

Unity was not only in the words spoken, but also in the comradery of the crowd. As we work together to make Beaver County and our country a better more fair society, we are getting to know one another. We are beginning to trust one another and understand each other’s motivations. This is the way forward.

You can get a glimpse of this when you look at the faces in these pictures. It was great to stand in the rain with so many people who are committed to democracy. It gave us all hope for the future.

Help defend our right to vote by calling Senator Vogel next week and ask him to stop the Senate version of HB 934 for coming to a vote. END_OF_DOCUMENT_TOKEN_TO_BE_REPLACED

On the Topic of Obama, the

By Carl Davidson
Keep On Keepin’ On!

If Hollywood gave Oscars for shamelessness, the Republican responses to President Obama’s State of the Union speech last night, Jan 24, would have swept the field.

"No feature of the Obama presidency has been sadder than its constant efforts to divide us, to curry favor with some Americans by castigating others," he said. "As in previous moments of national danger, we Americans are all in the same boat."

Amazing. One top GOP candidate, Newt Gingrich, is running around the country attacking Obama as the ‘Food Stamp President,’ while the other, Mitt Romney, whose newly released tax returns show he takes in more in a day than a well-paid worker does in a year, critiques Obama’s business skills using a shuttered factory as a stage prop.

Obama, of course, never shut down a single factory, yet that was precisely the business Mitt Romney and his outfit, Bain Capital, was famous for, including shutting down a factory in Florida, where his video message was being recorded.

"All in the same boat" and ‘castigating others’ indeed. Governor Daniels uttered these words as the state he presides over is currently engaged in a notorious ‘right to work for less’ battle to strip Indiana’s workers on their ability to bargain collectively.

Like many Americans, I watched the President’s speech with a critical eye. As he detailed a number of manufacturing and alternative energy industrial policies, I thought, finally, he’s giving some voice to his ‘inner Keynesian’ and forcing a crack in the neoliberal hegemony at the top. I cheered when he took aim at Wall Street and declared, "No more bailouts, no more handouts, and no more cop outs." On the other hand I winced more than once at the glorification of militarism and the defense of Empire-I’m one quick to oppose unjust wars and who has long believed a clean energy/green manufacturing industrial policy needs to trump a military-hydrocarbon industrial policy.

This speech was also Obama in campaign mode. One thing we’ve learned over the last four years is that his governing mode is not the same thing, and requires much more of us in terms of independent, popular and democratic power at the base to make good things happen.

But one thing is clear. My critical eye has nothing in common with what’s coming from the GOP and the far right. The first Saturday of every month, the pickups trucks from the local hills and hollows, growing numbers of them, fill the parking lot of the church on my corner, picking up packages from the food pantry to help make ends meet. In these circumstances and lacking better practical choices, I’ll go with the ‘Food Stamp’ President any day of the week.

Republican mapmakers combined the seats of Mr. Critz and fellow Democratic incumbent Jason Altmire of McCandless, forcing them to face off in the state’s primary April 24th. The endorsement by the union, and its 32,000 active and retired members, should help Mr. Critz introduce himself to voters in Mr. Altmire’s backyard in suburbs north of the city.

"Mark has always been there, not just for the Steelworkers union, but for working families," said union president Leo Gerard at the announcement at union headquarters Downtown.

Every local union president in the new district (which includes parts of Allegheny, Beaver, Cambria, Cambria, Lawrence, Somerset and Westmoreland counties) endorsed Mr. Critz, and the union has committed to do phone banks, mailers and door-knocking on the candidate’s behalf. Steelworker and retiree volunteers will also phone members of other unions to urge support of Mr. Critz, the USW’s political director Tim Waters said.…

[Text of USW Statement at Close of Article]

END_OF_DOCUMENT_TOKEN_TO_BE_REPLACED 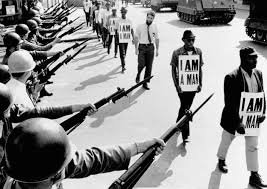 END_OF_DOCUMENT_TOKEN_TO_BE_REPLACED

Jan 4, 2012 – Try to find a bank president that’s beloved by supporters of the Occupy Wall Street movement. It’s not impossible. You’ll just have to travel to North Dakota.

Meet Eric Hardmeyer, who bears the unlikely distinction of being perhaps the only banker in America who, in addition to being embraced by Wall Street protesters, has been exalted by the likes of Michael Moore, Mother Jones magazine, and the Progressive States Network, among other progressive stalwarts.

That’s because Hardmeyer heads the Bank of North Dakota (BND), the country’s only publicly-owned state bank. The institution, located ironically enough in a solidly red state, has become the darling of progressives who have become frustrated with corporate banks they say helped cause the financial crisis and resulting credit crunch.

Now, state lawmakers nationwide are pushing for the North Dakota model to be replicated in their home states. Since 2010, state lawmakers in at least 16 states have introduced bills to create a state bank, something similar, or study the issue, according to a study by the National Conference of State Legislatures. So far, momentum is slow. The movement has yet to produce another Bank of North Dakota, but advocates are hoping to raise the issue again in 2012 legislative sessions. Their pitch: publicly-owned banks can help create jobs, generate revenue for the state, strengthen small banks, and lower the cost of borrowing for local governments by offering loans below market rate.

Hardmeyer, who was named bank president in 2001, hasn’t always been such a well-known figure. But his profile has been raised over the last year – including in Bloomberg BusinessWeek — and now he regularly fields calls from state lawmakers and other officials inquiring about his institution. “There hasn’t been a big push anywhere that I’m aware of until recently,” said Hardmeyer in a late December interview with Governing.  “They’re interested in how it works, why it works, [and] what the roadblocks are.”