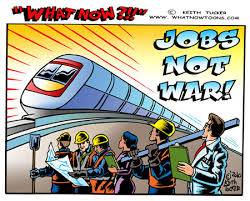 END_OF_DOCUMENT_TOKEN_TO_BE_REPLACED

The push is taking two forms.  One is that unions are sending members out to worksites, with flyers about labor’s positions on key economic issues, such an unemployment benefits and the stimulus law, along with lawmakers’ voting records. That drive will last for at least the next two weeks and continue afterwards.

The other part of the push has been led by the Service Employees, building on a grand coalition that helped win health care reform — and again emphasizing grass-roots efforts.  They’ve been joined by the Teachers, the AFL-CIO and approximately 170 other progressive groups in a grand coalition, “One Nation Working Together,” to push a progressive agenda this fall — even when the Obama administration doesn’t.

END_OF_DOCUMENT_TOKEN_TO_BE_REPLACED

Two hearings are planned today, one to review emergency response procedures and another on proposed state regulations.

The state Department of Environmental Protection, Occupational Safety and Health Administration, Allegheny County fire marshal and Huntley & Huntley Inc., the Monroeville company that employed the workers, are investigating the cause of the Friday morning blast and blaze at the 2-year-old well in a wooded area off Rich Hill Road.

“It’s a tragic accident, but we have to know why it happened,” said Helen Humphreys, a DEP spokeswoman. “With these different entities looking at it from different directions, perhaps such a situation can be prevented or avoided in the future.”

The powerful explosion, which occurred as subcontractor workers were performing routine maintenance, blew a 12-by-8-foot storage tank about 70 yards from the site of the well.

END_OF_DOCUMENT_TOKEN_TO_BE_REPLACED

Tina Smith, of Monaca, places a cross outside the Horsehead Corp. plant on Thursday evening.

July 23, 2010 – An industrial accident at the Horsehead Corp. zinc plant in Beaver County Thursday afternoon claimed the lives of two men and injured at least two other workers.

The workers were killed in the plant’s zinc oxide refinery, a part of the plant where molten zinc is turned into zinc oxide. The incident occurred in the zinc distillation columns, three-story-high smokestack-like structures constructed of brick.

One worker who would not give his name reported hearing a large boom followed by what sounded like several small explosions.

But company spokesman Ali Alavi refused to characterize the incident as an explosion, saying the company was still in the fact-finding mode.

END_OF_DOCUMENT_TOKEN_TO_BE_REPLACED

At EPA hearing in Canonsburg

Sandra McDaniel of the Clearville Citizens for Sustainability speaks during a public listening session hosted by the U.S. Environmental Protection Agency on the agency’s proposed study of the environmental impact of hydraulic fracturing at the Hilton Garden Inn in Canonsburg on Thursday.

Although EPA officials told those in attendance the meeting was not about drilling policy, most of the more than 100 speakers let it be known that they oppose Marcellus Shale drilling in the state, and many shared personal stories of contaminated wells, dead farm animals and damaged health. They attributed the problems to water contamination caused by the deep gas drilling operations that are increasing quickly through much of the state.

Several urged that a moratorium on Marcellus Shale drilling be enacted until the EPA finishes its study scheduled for the end of 2012.

END_OF_DOCUMENT_TOKEN_TO_BE_REPLACED

Photo by NOLEARY:  Sending Our Messages!

BCT  Caption: Members of the group Progressive Democrats of America (4th Congressional District PA chapter) stand in front of Jason Altmire’s office in Aliquippa and let their feelings be known about Social Security during a luncheon “vigil” Wednesday afternoon.  Janet Sabat, left, from Raccoon Township, and Randy Shannon from New Brighton hold their protest cards along the side of the road for drivers to see.

The Obama administration just caved in to the right-wing smear machine, firing a Black USDA official after she was smeared by far-right blogger Andrew Breitbart and his friends at Fox News Channel.

Shirley Sherrod’s dismissal was based on a selectively edited video that made it appear she was confessing to discriminating against a white farming couple. In reality she was telling the story of how working with that family to save their farm helped her to lose her racial preconceptions.

It took less than 24 hours for the lies to be debunked. But by that time, it was too late — Sherrod was forced to quit. And even now that the truth is known, Agriculture Secretary Tom Vilsack is refusing to reinstate her. Worse, Vilsack has President Obama’s support. This kind of political cowardice is beyond shameful.

That’s why I’ve joined the people at ColorOfChange.org in calling on the White House to immediately give Shirley Sherrod her job back, and to stop bowing to the will of right-wing propaganda artists. Will you join me? Click this link to sign an online petition for Shirley.