to Wreck Any Economic Recovery

By Isaiah J. Poole
Beaver County Blue via Blog for Our Future

Dec. 27, 2010 – Conservatives have a legislative agenda for 2011 that will hurt your ability to get or keep a job, your neighborhood’s ability to recover from the recession and this country’s ability to regain its footing in the global economy.

To keep conservatives from enacting policies that will kill a nascent economic recovery, progressives will have to organize against these top 10 economy killers.

Republicans have placed "repealing Obamacare" at the top of their legislative agenda for 2011. If they succeed, the economy is going to come down with multiple serious illnesses—at least 24, according to a report released this month by Rep. Peter Stark of the House Ways and Means Committee.

Among them: a $143 billion increase in the deficit by losing the savings the reforms created, an increase the number of uninsured by 30 million people, an end to free preventative care services and the loss of the requirement that insurance companies devote the bulk of premium payments to health care costs rather than expensive advertising and executive perks. While a Virginia judge is a conservative hero for blocking health-care reform’s requirement that people buy private insurance, conservatives are silent on the fact that if that requirement goes, the reform’s mandate that insurance companies cover preexisting conditions is unsustainable.

We’ll be back to uncontrolled cost increases in private insurance. But, as the state of our health compared to other leading nations continues to decline, conservatives will at least be able to say that they maintained the United States’ global leadership as the nation that spends the most on health care and gets the least.

Conservatives are poised to execute a strikingly broad assault against federal spending, particularly programs that help jump-start and steer the nation’s job-creation engine. It includes the expected targets—such proven programs as Community Development Block Grants—as well as some new ones, such as the Small Business Administration (there goes all that Republican fealty to "small business") and even the requirement that the Federal Reserve take employment impact into account when it sets monetary policy.

END_OF_DOCUMENT_TOKEN_TO_BE_REPLACED

As I have written, when we peel back the layers of the real estate “onion” what we find is layer after layer of fraud. From the mortgage brokers to the appraisers and lenders, from the securitizers to the ratings agencies and accountants, from the trustees to the servicers, and from MERS (Mortgage Electronic Registry System) through to the foreclosures, what we find is a massive criminal conspiracy—probably the worst in human history. I realize that is a harsh claim but I cannot find any other words that fit.

In the old days, we used to hang horse thieves. The justification was that a man’s horse was necessary to his way of life, and in some cases, to his very survival. There can be little doubt that a home is equally important to maintenance of a middle class living standard today for most Americans. There is almost no calamity worse than loss of one’s home. It is the main asset that most Americans hold—essential to the educational success of one’s children, and to a comfortable retirement of our citizens. Americans typically borrow against their home equity to put their kids through college, to ease the financial distress caused by unexpected health care expenses, and to finance other large expenditures. The accumulated equity in the home is the only significant source of wealth for the vast majority of Americans. The home is necessary to one’s continuing connection to the neighborhood, school district, and network of friends. Theft of one’s house today is certainly equivalent to theft of a horse 150 years ago.

And, yet, we are not hanging the thieves who are stealing millions of homes from Americans. The thievery today is orders of magnitude greater than the horse thievery of the distant past. Today’s foreclosure thieves have stolen more property of citizens than all previous thieves combined since the founding of our nation. The only thing that could trump it would be the theft of property and livelihood from our native Americans. To be sure, we have evolved as a nation, and I would not advocate hanging those responsible. But without question they ought to be incarcerated in prison, with long terms and with confiscatory monetary penalties—perhaps 10 years for anyone who helps to improperly foreclose on a homeowner’s property, and $10 million for each case of fraudulent foreclosure. That would provide the proper incentive as well as the proper monetary reward that will be required to get good lawyers to take cases of homeowners who are being illegally thrown out of their homes every minute of every day.

END_OF_DOCUMENT_TOKEN_TO_BE_REPLACED

Imagine waking up one morning and having no safe water at all. In a recent radio program about Peak Water, Maude Barlow said: The day will come–mark my words–when every single thing we do will be measured against what it does to water. For people in Midland, Texas, that day is here.

Hexavalent Chromium contamination is spreading in the groundwater used by some Midland, Texas residents and environmental investigators say the mounting evidence points to the oil and gas industry. Affected residents say they have proof that hydraulic fracture giant Schlumberger is responsible.

Erin Brockovich was in Midland investigating and her team is still in Midland. (video)

“The only difference between here and Hinkley,” Brockovich said, “is that I saw higher levels here than I saw in Hinkley.”

Hydraulic fracturing is a process where 1 to 5 million gallons of potable water, mixed with chemicals and sand are pumped under pressure down the drilling hole to release the gas trapped deep in the earth. According to Victor Carrillo, Railroad Commission of Texas, 90% of all U.S. oil and gas wells undergo hydraulic fracturing to stimulate the production of oil and gas.

Bob Bowcock, an environmental engineer investigating the Midland County contamination with Brockovich said, “The culprit is definitely oilfield activity.” In an earlier statement to Big 2 News in Midland, Bowcock said Brockovich investigators have “evidence” that Schlumberger is to blame.

END_OF_DOCUMENT_TOKEN_TO_BE_REPLACED 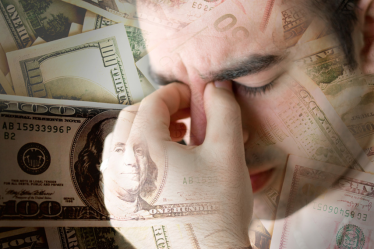 and the Structural Transformation of Capitalism

Paul Jay: Nancy Folbre, in her blog on the New York Times, wrote the following: "The Great Recession has sometimes been dubbed the Mancession because it drove unemployment among men higher than unemployment among women."  So how is this affecting families?  How is this affecting the future outlook for the population as a whole when it comes to unemployment?  What might be the social consequences of men being more reliant on women for family support? . . .

Nancy Folbre: Male unemployment is significantly higher than female unemployment now.  That’s not terribly surprising — typical in recessions for men to be more affected, because they’re employed in more cyclical industries like manufacturing that go up and down more than other industries.  But –.

Paul Jay: As opposed to service sector, like nurses.

Nancy Folbre: Right.  But the more disturbing trend is a longer-term decline in manufacturing employment.  If you look at the last ten years, even counting the boom years, employment in that sector has declined.  And that’s one of the factors that are driving higher unemployment among men.