What Happens When people are Denied Jobs, Denied Democracy and Denied Hope for 30 years…

Nearly 500 progressive and liberal organizers gathered at Pittsburgh’s Sheraton Station Square over the sunny but bitterly cold weekend of Jan. 22-23 to drawn out the lessons of their setbacks in the 2010 elections and shape a new course for the future.

Under the theme of ‘Taking Pennsylvania Forward,’ the two-day meeting was mainly pulled together by four ‘Organizing Sponsors’—Keystone Progress, a popular online communications hub for the state; SEIU, representing some 100,000 PA workers; the Alliance for American Manufacturing, a coalition between the United Steelworkers and advocates for new manufacturing enterprises; and Democracy for America, the outgrowth of the Howard Dean campaign in the Democratic Party.

A large number of unions other than the USW and SEIU also took part, as well as many local political, civil rights, women’s rights, youth and environmental groups from around the state. Beaver County was represented by a delegation from the 4th CD Progressive Democrats of America.

END_OF_DOCUMENT_TOKEN_TO_BE_REPLACED

The Heart Of Football Beats In Aliquippa

Over five decades of economic decline and racial conflict, a Western Pennsylvania mill town has found unity and hope on the football field

Jan 31, 2011 Issue – The fear came for Willie Walker that November. He was not expecting it. Evening had dropped early and hard, as it does in Western Pennsylvania in the fall, but these were streets he had known forever. Hours had passed since the 2004 regional championship game had ended down in Pittsburgh; the adrenaline and bravado on the ride home had long since burned off, replaced by grief, then mere regret. They had lost. The Aliquippa High football team, for all its history of success, had been beaten. Now, in the backseat, Walker felt a numbness settling in. Losing happens. You move on. You start thinking about what’s next.

Walker was a senior. Just seven months until graduation, and he’d be able to say it: He had survived. The town hadn’t killed, hadn’t crippled, hadn’t defeated him, though God knows it had tried. His life had been a cliché of criminal pathology: father long dead, mother struggling with crack addiction, days of hunger, corners promising casual violence. Aliquippa’s streets are, as one of Walker’s coaches put it, "a spiderweb" capable of ensnaring the most innocent, and though Walker never lost sight of his prize—college somewhere, anywhere—he was hardly innocent. No, for a time he had leaped into the web, daring it to grab hold.

END_OF_DOCUMENT_TOKEN_TO_BE_REPLACED 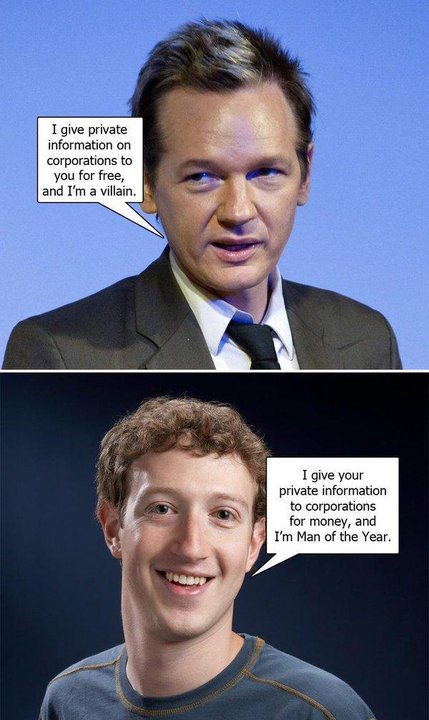 “President Obama must now provide bold and decisive leadership and move this nation forward with an effective and targeted national job creation program that will put millions of unemployed Americans in my district in the rest of the country back to work,” Conyers said.  “I encourage him to lead the country in investing in more initiatives that spur and invest in creation, innovation, and infrastructure.   We cannot allow politics to brush these major issues under the rug any longer.  We must face them and fix them.”

END_OF_DOCUMENT_TOKEN_TO_BE_REPLACED

“America’s Choices: Why the Conventional Wisdom Is Wrong”

Good morning and thank you. I’m honored to stand beside firefighter Stan Trojanowski, who responded to a 9-1-1 call from the World Trade Center moments after the terrorist attacks in 2001. As America grieved, Stan returned to the scene day after day, first in the hopes of rescuing those trapped in the rubble, then to recover remains of those who had perished. Today, he continues to deal with the terrible aftermath of that terrible day, as he deals with the toll his bravery and commitment have taken on his health.

Last month, Stan and other firefighters, police officers and construction workers who answered the call that day—who ran into the fire and into the dust clouds—posed a question to our elected leaders: What kind of country are we?

For seven years they had pressed for a law that would do one simple thing—take care of the heroes who got sick because of their selfless acts, who suffered because they said yes, without hesitation, when America needed them. But for seven years, our leaders would not say yes in return.

The question of how our political system treated our 9-11 heroes like Stan resonates still in this new year: What kind of country are we? A country of isolated individuals fending for themselves or a country with shared values and a shared vision? A country with scant resources, fading glory and no choices? Or a blessed nation with the potential to do right by its people and be a leader in the world?

The conventional wisdom in Washington and in statehouses around the nation is that we cannot afford to be the country we want to be. That could not be more wrong.

We can and should be building up the American middle class – not tearing it down. We should be honoring the heroes of 9-11, not turning them into scapegoats for a partisan political messaging operation. We should act like the wealthy, compassionate, imaginative country we are – not try to turn ourselves into a third-rate, impoverished “has-been.” The labor movement hasn’t given up on America – and we don’t expect our leaders to either.

END_OF_DOCUMENT_TOKEN_TO_BE_REPLACED

Murders Grow on the Far Right

The landscape of America is littered with bodies.

They’ve been gunned down in Tucson, shot to death at the Pentagon, and blown away at the Holocaust Museum, as well as in Wichita, Knoxville, Pittsburgh, Brockton, and Okaloosa County, Florida.

Not much, you might say, when taken in the context of about 30,000 gun-related deaths annually nationwide. As it happens, though, these murders over the past couple of years have some common threads. All involved white gunmen with ties to racist or right-wing groups or who harbored deep suspicions of “the government.” Many involved the killing of police officers.

In Pittsburgh, three police officers were shot and killed, while two were wounded in an April 2009 gun battle with Richard Poplawski, a white supremacist fearful that President Obama planned to curtail his gun rights. In Okaloosa County, Florida, two officers were slain in April 2009 in an altercation with Joshua Cartwright, whose abused wife told the police that her husband “believed that the U.S. Government was conspiring against him” and that he was “severely disturbed that Barack Obama had been elected President.”

END_OF_DOCUMENT_TOKEN_TO_BE_REPLACED

Legislation for Our Time:

In May 2010, Rep John Conyers introduced a bill entitled "The 21st Century Full Employment and Training Act." The bill was little noticed at the time but, today, after another 7 months of dismal jobs reports—we have actually lost ground during 2010, creating fewer jobs than the growth of the labor force—there is renewed interest in this legislation by a range of progressive groups.

The DSA NPC has made mobilization around the Act a national priority; Progressive Democrats of America is developing a similar effort, as are both the Committees of Correspondence for Democracy and Socialism and the National Jobs for All Coalition . What follows is a summary of the major elements of the Act and why it is one that anyone concerned about the economy should support.

The 21st Century Full Employment and Training Act includes (i) funding for jobs; (ii) allocation of monies raised by the funding mechanism; (iii) job creation targets (who and what types of jobs); (iv) mechanisms for implementing the Act; and (v) a definition of the economic situations under which the Act would come into effect. I will take these topics one at a time. I will also briefly suggest what a political mobilization effort around the Act could look like.

END_OF_DOCUMENT_TOKEN_TO_BE_REPLACED

The Right Shirks Theirs

Five years ago, a 47-year-old Missouri woman began a duplicitous on-line courtship through MySpace with a 13-year-old neighbor who once had been friends with the woman’s daughter.

The adult, Lori Drew, flirted with the 13-year-old, Megan Meier, through the guise of a fictitious, 16-year-old character named Josh Evans. Suddenly, “Josh” broke up with Miss Meier, writing to her, “the world would be a better place without you.” Just hours later, Miss Meier hung herself in her bedroom.

Drew wasn’t charged with the child’s death. In fact, a judge reversed her conviction on computer fraud charges, saying the law was intended to deal with hacking, not murder. But for most Americans, there is something deeply disturbing, something morally, if not criminally, wrong with deliberate torment, with predatory viciousness. Drew eluded accountability the same way conservatives are seeking to evade culpability after their irresponsible speech may have provoked the delusional to violence.

What is clear, however, is that vile and threatening communication that becomes so repetitive that it’s routine has the effect of sanctioning an atmosphere of violence.