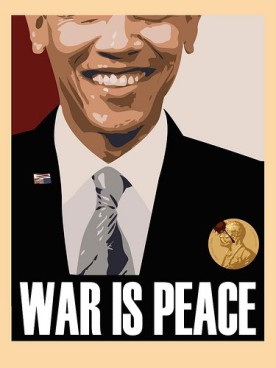 A Speech for Endless War

On the last night of August, the president used an Oval Office speech to boost a policy of perpetual war.

Hours later, the New York Times front page offered a credulous gloss for the end of “the seven-year American combat mission in Iraq.” The first sentence of the coverage described the speech as saying “that it is now time to turn to pressing problems at home.” The story went on to assert that Obama “used the moment to emphasize that he sees his primary job as addressing the weak economy and other domestic issues — and to make clear that he intends to begin disengaging from the war in Afghanistan next summer.”

But the speech gave no real indication of a shift in priorities from making war to creating jobs. And the oratory “made clear” only the repetition of vague vows to “begin” disengaging from the Afghanistan war next summer. In fact, top administration officials have been signaling that only token military withdrawals are apt to occur in mid-2011, and Obama said nothing to the contrary.

While now trumpeting the nobility of an Iraq war effort that he’d initially disparaged as “dumb,” Barack Obama is polishing a halo over the Afghanistan war, which he touts as very smart. In the process, the Oval Office speech declared that every U.S. war — no matter how mendacious or horrific — is worthy of veneration.