As my colleagues have shown, the “chained” cost-of-living adjustment for Social Security being discussed between President Obama and House Speaker John Boehner is a cut to benefits. The AARP Public Policy Institute’s report, Social Security: A Key Retirement Income Source for Older Minorities, helps us to think about how this cut might affect different racial groups.

Nearly one-in-five (18.7 percent) of the Hispanic elderly lives in poverty. For African Americans, the rate is one-in-six (17.1 percent) (Figure A). A cut to Social Security benefits runs the risk of significantly increasing these rates.

An ongoing dispute between the UPMC health system and a union working to organize service and maintenance workers at three Pittsburgh hospitals escalated Wednesday, when the National Labor Relations Board charged UPMC with violating federal laws regarding employees’ rights to organize a union.

In a 30-page complaint against the Pittsburgh health care provider, the government detailed a pattern of intimidation of employees to discourage union-organizing efforts and retaliate against those the health provider knew were engaged in union activities.

Robert W. Chester, the regional director of the labor relations board, said Wednesday that it was the biggest case brought against a single employer in the four years that he has headed the Pittsburgh office.

UPMC has denied the allegations. A hearing is scheduled for February.

The complaint seeks to have the hospitals repay any suspended employees for lost time at work, and to reinstate and pay back wages to employees fired for union organizing. The board is also wants the health provider to allow the union access to bulletin boards where employee notices are normally posted and to expunge unlawful policies.

END_OF_DOCUMENT_TOKEN_TO_BE_REPLACED 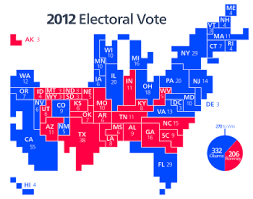