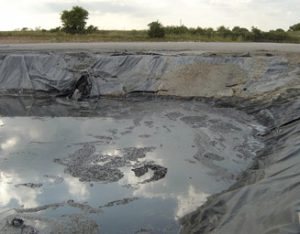 By Ben Geman –
The Hill

02/27/11 – A top House Democrat is urging EPA to quickly toughen regulation of natural gas drilling following a New York Times report on the discharge of dangerous pollutants into rivers that supply drinking water.

The Times – citing internal documents from EPA and elsewhere – claims that chemicals and radioactive elements in wastewater from gas projects are creating “dangers to the environment and health [that] are greater than previously understood.”

“I am outraged that state and federal regulators were evidently well aware of the risks that the wastewater might pose, but instead chose to adopt a ‘see no evil, hear no evil’ approach to regulation by ignoring them,” writes Markey, the top Democrat on the Natural Resources Committee.

END_OF_DOCUMENT_TOKEN_TO_BE_REPLACED 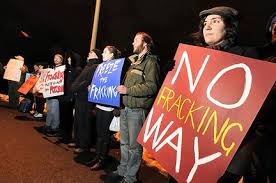 Drilling Down: Regulation Lax as

Feb. 26, 2011 – The American landscape is dotted with hundreds of thousands of new wells and drilling rigs, as the country scrambles to tap into this century’s gold rush — for natural gas.

The gas has always been there, of course, trapped deep underground in countless tiny bubbles, like frozen spills of seltzer water between thin layers of shale rock. But drilling companies have only in recent years developed techniques to unlock the enormous reserves, thought to be enough to supply the country with gas for heating buildings, generating electricity and powering vehicles for up to a hundred years.

So energy companies are clamoring to drill. And they are getting rare support from their usual sparring partners. Environmentalists say using natural gas will help slow climate change because it burns more cleanly than coal and oil. Lawmakers hail the gas as a source of jobs. They also see it as a way to wean the United States from its dependency on other countries for oil.

But the relatively new drilling method — known as high-volume horizontal hydraulic fracturing, or hydrofracking — carries significant environmental risks. It involves injecting huge amounts of water, mixed with sand and chemicals, at high pressures to break up rock formations and release the gas.

With hydrofracking, a well can produce over a million gallons of wastewater that is often laced with highly corrosive salts, carcinogens like benzene and radioactive elements like radium, all of which can occur naturally thousands of feet underground. Other carcinogenic materials can be added to the wastewater by the chemicals used in the hydrofracking itself.

END_OF_DOCUMENT_TOKEN_TO_BE_REPLACED

‘We Are Wisconsin’ Rally on Capitol Steps Draws 1,000

Carla Crawford of Pittsburgh yells towards protesters during a We Are Wisconsin rally to show support for the state’s workers. Wisconsin’s governor and Republican legislature are seeking to end collective bargaining for state employees.

Tom Banks of Lemoyne (with flag) shows his support during a "We Are Wisconsin" rally to show support for the state’s unionized workers. Wisconsin’s governor and Republican legislature are seeking to end collective bargaining for state employees.

Saying they’re sending an SOS for the American Dream, a thousand people gathered on the steps of the State Capitol this afternoon in support of union workers and the middle class.

Organized by Keystone Progress and dozens of other  organizations, the event was part of a nationwide day of action against efforts in Wisconsin and other states to eliminate collective bargaining for unionized state employees.