Highmark Blue Cross/Blue Shield has joined with other BC/BS plans to push their own version of health care “reform.” As discussed in the article linked below, Highmark’s plan consists of two key parts. First, the US government would mandate every individual American to buy a health insurance policy. In other words you must buy insurance. Your failure to buy insurance will be a crime and you will be penalized. If you are employed your employer must help you buy this insurance. As anyone who has to buy insurance knows, it is unaffordable. If you can’t afford to buy the policy, you’ll hope you can afford the fines and penalties.

Politicians who support Highmark’s “reform” plans for “universal health care” also advocate taxing the healthcare benefits workers are currently receiving by counting them as regular income. So instead of cutting the waste of the health insurance industry to provide care, they propose raising the income tax on workers to increase insurance company profits. Senator John McCain advocated this during his campaign for president. Current Democratic Senators Max Baucus of Montana and Ron Wyden of Oregon are backing this attack on working people.

Progressive Democrats and Labor must target these Democratic Senators for mass protests at their home offices and in Washington, DC. Winning the Employee Free Choice Act while losing billions of dollars in income taxes to pay off the insurance industry would be a tragic mistake for labor.

The unions’ withdrawal from talks exposes the bankruptcy of the labor-managment partnership model for solving the healthcare crisis. The insurers are opposed to Medicare for All and to Obama’s attempts to adjust the current system. The insurers want the taxpayers to fund additional premiums and the government to force everyone to buy their paltry coverage. Profit is their only reason for being. The only solution for healthcare reform is the elimination of the health insurance industry.

The history of healthcare reform in the USA has been a history of defeat for reform at the hands of the insurance industry. Labor leadership can serve their members and the American people by adopting a more combative stance toward the insurance industry. It is time to shift tactics from hugs and handshakes to picket lines and demonstrations against the greed and intransigence of the healthcare insurers.

We all  look forward to the day that Pennsylvania AFL-CIO President William George marches at the head of this trend by resigning from the Board of Directors of Highmark Blue Cross/Blue Shield of Pennsylvania and denouncing its opposition to healthcare reform. https://www.highmark.com/hmk2/about/boardofficers/index.shtml

Real healthcare reform as embodied in HR 676, the National Health Care Act, will only be possible when labor closes ranks behind a leadership that fights for healthcare for all. Single payer healthcare will not only provide full coverage for all Americans but will also create 2.6 million new jobs, $343 billion in new revenues, $100 billion in new employee compensation, and $43 billion in new tax revenues. The cost of HR 676 is only 9% of the recent stimulus package and creates the same number of new jobs. Let me repeat, Medicare for All is a stimulus that pays for itself and provides healthcare now and for future generations.

END_OF_DOCUMENT_TOKEN_TO_BE_REPLACED 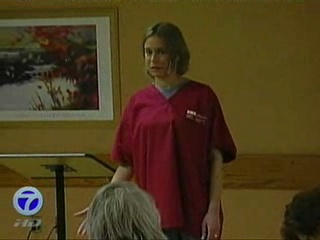 Obama has said such meetings could help Congress craft legislation to overhaul healthcare, one of his top priorities, but promised to leave the details to lawmakers.

Speaking in Dearborn, home of Ford Motor Co, Granholm said the state’s auto industry is sagging under the weight of health costs that are built into the price of every car it produces.

“We know this economic crisis rests on a number of different causes, but we also know in order to recover, healthcare has got to be a critical part of the solution,” said Granholm, whose state has an unemployment rate of 11.6 percent — the highest in the United States.

“Cars produced in Canada cost $1,000 less than cars produced in the United States simply because of healthcare costs. We’ve got to turn that around,” said Melody Barnes, director of the White House Domestic Policy Council.

Unlike the United States, Canada has a single, government-financed healthcare system.