By Terri Mitko
Special to The Times

When Pennsylvania elected Donald Trump, our commonwealth took a gamble that an unconventional politician could deliver great results in unconventional ways. Communities like Beaver County trusted him to keep his promises, bring jobs back to our region, and get our economy booming again. But here we are four years later and the truth is, we are worse off than before. And today, Mike Pence is coming to town to try and tell Beaver County workers that he and Trump are on our side. Nothing could be farther from the truth.

Let’s get right to the point: Our economy is in terrible shape. When Donald Trump was elected, unemployment in Beaver County was 5.5%. Today, on his watch, it sits at nearly 16%. That’s not just because of COVID-19; even before the pandemic, Trump had weakened our economy by forcing us into a losing trade war and enacting anti-worker policies that favor the wealthy and well-connected instead of good union jobs.

First, the trade war. Trump talked a big game about his ability to stand up to China, but he’s losing to them — badly. His tariffs have caused everyday families to lose money while raising the price of goods. They’ve led to huge job losses all across the country, including in Beaver County. In June, hundreds of area workers lost their jobs when ATI Midland shuttered its doors because of Trump’s tariffs.

That’s hundreds of families that lost their means to put food on the table. These are the working families that Trump promised to protect. Instead, he let them down with his failed leadership.

The pandemic has only made things worse. It never had to be this bad, but Trump’s failure to manage this crisis has caused great damage to our economy and our region. Area businesses have closed down, including two local factories that sent 550 of our community’s workers home without a job. This is happening all over the country. Since Trump took office, our nation’s economy has lost 4.7 million jobs. Trump is the worst jobs president in modern history.

He claims that the tax bill is one of his greatest achievements, but it was designed to line the pockets of his wealthy donors and CEOs — not the workers of Beaver County. The majority of Pennsylvania’s share of the benefits from his tax bill went to the top 5% of earners in our commonwealth. It even contained a portion that makes it easier for corporations to ship American jobs overseas. That’s a direct attack on our region’s union workers.

So here’s the choice we face in November: It’s either Trump, who has been bad for Beaver County workers, or Joe Biden, who has a specific plan to build our economy back better and create good union jobs.

Joe’s not just focused on the big manufacturers either — he has a plan for small and medium-sized manufacturers in Pennsylvania too. He’s going to provide capital so they can invest and compete, pass a tax credit to help them renovate their recently closed facilities and help them compete for Buy American contracts. Meanwhile, Trump and Pence still don’t have any sort of plan for America’s workers or economy.

So instead of coming to town for self-congratulatory photo ops, let’s tell Mike Pence to go back to Washington and actually start working for Beaver County families. Joe Biden already has — and that’s why we’re going to send him to the White House in November.

Terri Mitko is chair of the Beaver County Democratic Party. 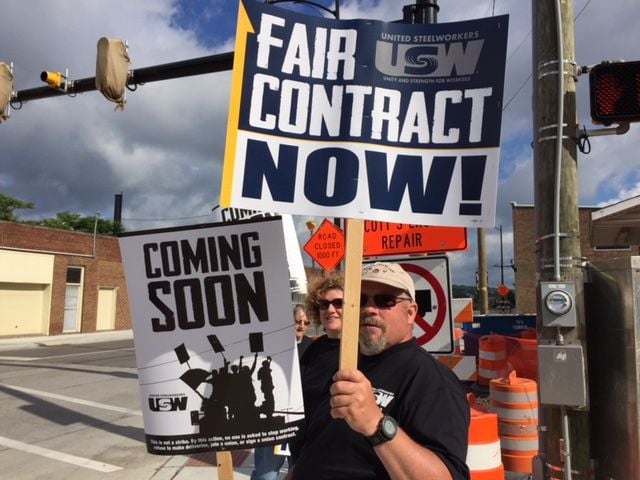