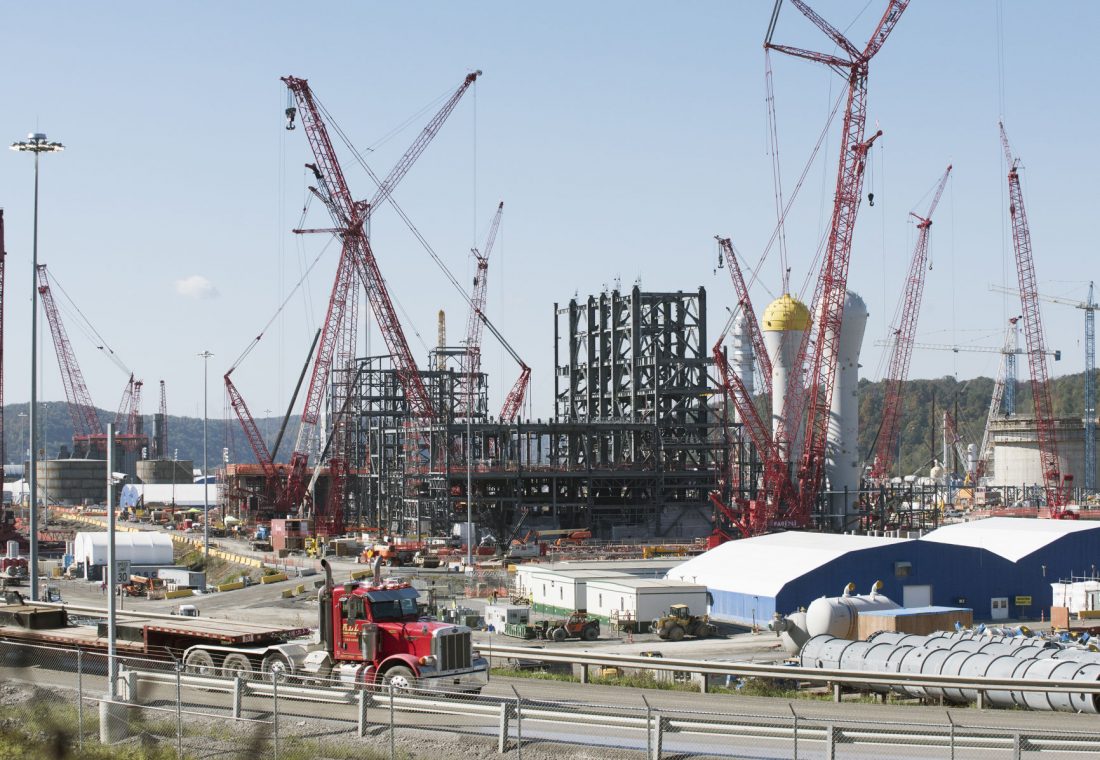 In two days local folks, including people in Pittsburgh (located downwind) had bombed the County Commissioners with phone calls. The third day the County Commissioners held a press conference announcing that they wanted Shell to shut down construction immediately to prevent spread of Covid19. On March 18th Shell announced it was closing while claiming that it was safe and clean.

Now, two weeks later, Shell has asked the Governor for a waiver to reopen construction. Shell says it plans to bring back 800 workers, about 10% of the original workforce. Shell also claims that it has cleaned the facility and will follow guidelines to ensure safety. Larry Nelson, leader of the Beaver County Building Trades stated that he supports Shell’s request as long as Shell actually meets its commitments to protect the health and safety of the Building Trades workers.

County Commissioner Dan Camp appeared on TV to say he opposes reopening the site. He fears that health facilities in Beaver County could be overwhelmed if the virus spreads through the Shell workers. Mr. Camp probably reflects the fear all Commissioners are feeling because of the epidemic in the former County Nursing Home that was sold to a private corporation.

There are 38 cases of covid19 infection out of 400 something residents. The nurses complained publicly that they don’t have protective gear and shouldn’t be working in that environment. The nurses belong to SEIU and the union has presented a list of the nurses’ demands to management, who agreed to all demands. These union workers forced the company to meet their need for safe working conditions during the pandemic.

I am and have been opposed to manufacturing things that never degrade but are designed for single use and disposal. The Shell plant is a massive investment of time, sweat, and money into producing plastic that will increase destruction of our environment and our bodies. I’m wondering if maybe that Shell plant could burn the ethane and use it to repurpose plastic waste.

I’m curious whether Shell would really adopt a safety regimen for the 800 workers. PA State Departments like Environmental Protection, or Health, or Labor can assign inspectors to verify Shell’s claims on a regular basis. If the Building Trades leaders set up a hotline for workers to report violations, and hire some construction workers to monitor the hotline, and then respond forcefully to any reported violations, then there would be no health and safety reason to deny Shell’s petition.

If the Republicans controlling the State Legislature will stop their obstructionism of Gov. Wolf’s coronavirus response, they could show some leadership by helping to ensure that Shell adheres to safety guidelines by supporting strict oversight.

The coronavirus has refocused the local labor movement’s attention to health and safety of its workers. Health and Safety has moved up from a “don’t get hurt” category to a prime issue. The union structure, even though it isn’t tangible and can be slow to respond, provides the scaffolding and the pathway for workers’ voices to be heard and their families protected.

One thought on “Covid19 and Unions in Beaver County”