WASHINGTON — Republican leaders have warned President Barack Obama that pursuing more executive actions after last week’s midterm drubbing would be like playing with fire. But Rep. Raul Grijalva (D-Ariz.), co-chair of the Congressional Progressive Caucus, said on Monday that unilateral action by the president on economic issues is more necessary than ever.

“The president is in a pivotal position to go assertively with executive orders to create a political balance and an economic balance,” Grijalva told reporters on a conference call. “I’m one member that urges them to use that as a balancing tool and a leadership tool in these next two years.”

Grijalva and his fellow caucus co-chair, Rep. Keith Ellison (D-Minn.), are putting their weight behind two proposals in particular: one executive order that would give federal contracting preference to firms that pay a living wage of $15 and provide basic benefits to workers, and another guaranteeing that contractors wouldn’t interfere with worker efforts to unionize. Branded as “More Than the Minimum,” the proposals are being pushed by Good Jobs Nation, a labor group backed by the Change to Win union federation, and other progressive allies.

Ellison and Grijalva, along with Good Jobs Nation, already have a couple of executive-action victories under their belts. They successfully pressured the White House to institute two executive actions that were signed by the president earlier this year — onesetting a minimum wage of $10.10 for federal contractors, and another that would effectively bar firms that have committed wage theft against their workers from receiving federal contracts.

Most of the president’s unilateral moves on the economy have been panned by congressional Republicans. After Democrats were trounced in elections around the country last week, House Speaker John Boehner (R-Ohio) warned Obama against formulating executive action on immigration reform, saying he was “going to burn himself if he continues down this path.”

Grijalva suggested that the president and fellow Democrats would burn themselves if they didn’t. The way for Democrats to regain power, the congressman argued, is by aggressively pursuing liberal economic policies that have broad support, like raising the minimum wage and extending sick leave to more workers. Despite the Republican gains, ballot initiatives based on those issues passed by wide margins last week, including in red states.

“The American people, I think, voted against the lack of an economic agenda for working families, against not having a clear vision of what we want and where the government should be in promoting income equality,” Grijalva said of the Democratic loss.

Under the proposal pushed by Grijalva on Monday, the White House would issue new guidelines that give preference to firms with higher labor standards in the federal procurement process. Such rules only apply to contracts involving federal money, rather than the private sector at large, but left-leaning administrations have often used procurement rules as a way to set standards in the broader economy.

Robert Borosage, co-director of the progressive Campaign for America’s Future, said on the call with Grijalva that Obama ought to continue promoting his wider agenda through his power of procurement rules.

“President Obama has already established his authority over federal procurement,” Borosage said. “Now he can and should take another bold step. He can put the government on the side of working people and good employers, rather than favoring exploitative employers.” 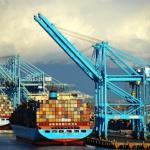 U.S. retailers appealed to President Barack Obama [1] to intervene in contract negotiations between West Coast dockworkers and maritime companies after a work slowdown spread to the nation’s largest container hub ahead of the holiday shopping season [2].

The National Retail Federation [3], the world’s largest retail trade association, asked Obama to step in and ensure that tensions between the International Longshore and Warehouse Union and the Pacific Maritime Association, representing terminal operators and shipping lines, don’t “escalate to a complete shutdown of West Coast ports.”

Goods destined for holiday shoppers are being unloaded at 29 ports from San Diego [4] to Bellingham, Washington [5], by workers who have been without a contract since July 1. The maritime association said a slowdown that began in Seattle and Tacoma spread to Los Angeles [6] and Long Beach [7], the busiest port complex in the U.S. Those ports already face congestion from equipment shortages and rail delays.

“This is adding to the already substantial list of issues contributing to congestion,” Bruce Chan, associate transportation and logistics analyst at Stifel, Nicolaus & Co., said yesterday by telephone from Baltimore. “We’re OK as far as items on the shelves are concerned. What we’ll probably see is some cost pressure for shippers and retailers potentially filtering down to consumers.”

The slowdown [8] came after the maritime association responded to a union proposal, Wade Gates, a San Francisco-based spokesman for the shippers, said yesterday by e-mail, without elaborating. Negotiations have been under way since May to replace a six-year contract that expired July 1.

Craig Merrilees, a spokesman for the 20,000-member union in San Francisco, said the two sides met for negotiations yesterday and the day before.

“That’s the way to get the problem solved and the contract resolved so that everything can get back on track,” Merrilees said. “The problems in Southern California [9] with congestion and mismanagement go back months and years, and the industry needs to address those self-inflicted causes and not just point fingers at the union.”

The retailers, joined by the Consumer Electronics Association [10] and Toy Industry Association, said in a letter to Obama that congestion at the ports has reached “crisis levels” and described the potential impact on businesses as catastrophic.

In 2002, President George W. Bush [11] invoked the Taft-Hartley Act to obtain a court order to reopen the ports after a 10-day lockout when contract talks broke down. Obama’s press office didn’t immediately respond to telephoned and e-mailed requests for comment.

The Port of Los Angeles accounted for 31.2 percent of tonnage entering the West Coast in 2013, while the neighboring Port of Long Beach accounted for 29.7 percent, according to a report [12] by the maritime association.

Phillip Sanfield, a spokesman for the Port of Los Angeles, declined yesterday to comment on the maritime group’s assertions. Art Wong, a spokesman for Long Beach, said the number of ships waiting to anchor at the port rose by two yesterday.

On Nov. 5, “we only had one ship waiting and, for a few days before that, we had none,” Wong said by telephone. “I don’t know if it’s related to this. I was hoping it was going to be just a one-day thing, until I saw this thing about a slowdown.”