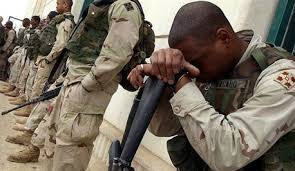 American Exceptionalism’s appeal to what H.L. Mencken called the bilge of American idealism was crucial to getting the Iraq war started on a bipartisan basis. That said, the humanitarian arguments of neoconservatives in the Bush administration always struck me as a bit of a pose: while they could weep over Saddam’s brutality "to his own people," they were remarkably cynical when the C-Span cameras were turned off (as the insurgency got going, these were the folks who would privately say things like "the only thing Arabs understand is force").

Where the pseudo-idealism of American Exceptionalism really came in handy was in corralling the liberals. It was a convenient escape hatch for tender-minded souls of the New Republic set whose consciences were stricken by the notion of a war for oil or strategic advantage. Their war fever was an expression of a fundamental lack of confidence and a need to impress Republicans and the media with their "political seriousness." From what I witnessed on Capitol Hill, I suspect that John Kerry, Hillary Clinton, Joe Biden and other Democratic luminaries who voted for war did so less because a plausible case had been presented than to prove they were tough [i.e., bellicose] enough to be respected by the American people.

Never trust so-called national security experts.  The Beltway national security expert, whether in or out of government, is usually a huckster trying to scare up the next foundation grant, Pentagon contract, or resume-building TV appearance by selling the next scary threat. Ten years on, it is hardly worth the effort of denouncing the deceitfulness of Paul Wolfowitz, Doug Feith, and the rest of the tub-thumpers. They have been thoroughly discredited, even if they never paid a price for their malfeasance in office.

What is possibly more insidious is the way that Colin Powell, a key figure in putting over the case for war, was able to reinvent himself as a martyr who had somehow been victimized by the administration he served. It was his address before the United Nations on February 5, 2003, which galvanized the movement to war, and it was his credibility that sold the goods. Hearing it, I thought some of his purported findings were patently ridiculous. The idea that a nation could have a serious bio-warfare research and production program operating from trucks scurrying around the desert to avoid surveillance by U.S. aircraft which had a free run of Iraqi airspace, was a stretcher worthy of Baron von Münchhausen. But the editorial boards of the New York Times and Washington Post swooned. Much of Powell’s evidence was later shown to have derived from a plagiarized university research paper.

The experts are still at it ten years later, continuing to obfuscate the causes and consequences of the Iraq war and whitewashing their own role. Beltway fixture Michael O’Hanlon, who does his non-combatting from the offices of the Brookings Institution, is typical of the blame-dodging by national security experts who were erstwhile cheerleaders of the war. Five years after the beginning, he claimed to have been "generally proven right" about Iraq. On the eve of the tenth anniversary, on the March 18, 2013 CBS Radio News, O’Hanlon ruefully hoped the "angry edge about the debate will recede." Yes, one supposes there are people angry at having been sold a bill of goods.

The political establishment never learns. Aside from its inordinate fiscal and human cost, deposing Saddam Hussein and installing a Shia-led government has had the effect of strengthening the regional position of Iran. But having built up the Iranian bogey through its own stupidity, the U.S. political establishment is now contemplating how to coerce Teheran. This refusal to see the consequences of one’s actions, and then using the disastrous result as an excuse to do the same thing again, is a recurring pattern of American statecraft.

One can hypothesize that our leaders see world events as discrete and unconnected with anything that happened before; like infants, they live in a continuous present. This is nowhere truer than when looking at political reaction to the attack on the consulate in Benghazi, Libya, that cost the lives of four U.S. personnel. Dismal as the incident was, congressional Republicans contrived to make it worse, and in a manner that ignored their own partial responsibility for the train of events that led to the attack in the first place. For months after the incident, Republicans like John McCain and Lindsey Graham kept up a drumbeat about the horror of the attack and the incompetence of the administration. Yet the year before, they were among the most vociferous proponents of an armed intervention to overthrow Muammar Gaddafi: an action bound to lead to the kind of chaos that would make something like Benghazi not only possible, but probable. And now the insurgents involved in the Libyan fighting, as well as the weapons they seized from Gaddafi’s armories, have made their way outside of Libya’s borders and are a factor in the insurgency in Mali.

But this kind of myopia can be bipartisan. At a February 7, 2013 Senate hearing on Benghazi, McCain paused from berating the witnesses on that subject long enough to ask why the administration hadn’t intervened in the Syrian civil war. One witness, outgoing Secretary of Defense Leon Panetta, an erstwhile liberal who discovered his hawkish manhood late in his career, actually went out of his way to say he had recommended to the president that the U.S. supply arms to Syrian rebels. Obama didn’t take the advice. From his manner, it appeared Panetta took the rare opportunity to publicly expose an internal deliberation in the president’s office, and even reveal his disagreement with the president, in order to appease and score points with his Senate interrogators. Essentially, he signaled he was one of them in his desire to intervene in the Middle East. Never mind that his recommendation was fraught with peril, for the same reason overthrowing Gaddafi was fraught with peril, and just as invading Iraq was fraught with peril.

But since most of our policymakers can ignore their own past mistakes, "this time is different."