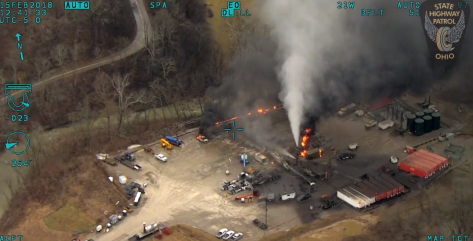 The study determined the scope of the leak using satellite technology, and the authors praised the mapping system to reveal just how damaging the incident was in terms of how much greenhouse gas was emitted.

“In this specific case, the magnitude of a relatively unknown yet extremely large accidental leakage was revealed,” reads the study.

According to Bloomberg News, Exxon said that they “deeply regret” the event in Ohio and have instituted safeguards and procedures to prevent future explosions. “We are eager to learn more, and our scientists are currently reviewing the study and its assumptions,” reads a statement from Exxon. 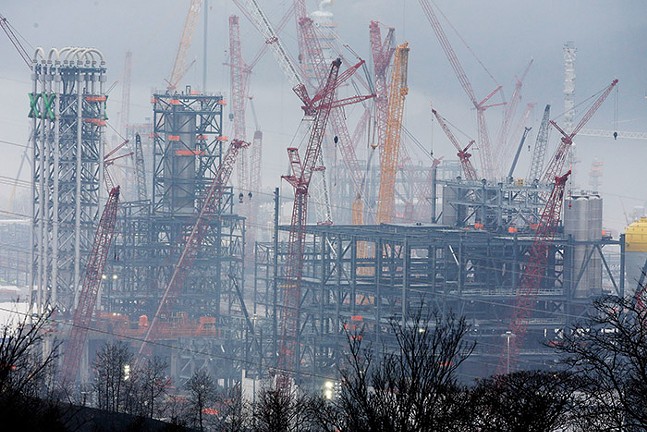 Cracker plants refine natural gas into plastics. One cracker plant, owned by Shell, is currently under construction in Beaver County. Exxon was reportedly interested in building another cracker plant just downriver from the Shell plant.

In some parts of the country, like Oklahoma, renewables have begun to compete with natural gas as an energy producer. A recent study from the Rocky Mountain Institute predicts that renewable power plants will overtake natural gas power plants as the country’s biggest electricity producer by 2035.

However, if more cracker plants are created, there will still be a significant demand for natural gas.

Some more environmentally minded politicians, like Pittsburgh Mayor Bill Peduto and state Rep. Summer Lee (D-Swissvale), are opposed to future cracker plants in the region and are hoping the natural gas industry will eventually be replaced by renewable energy, like wind, solar, and biomass.

They say the pollution and climate change effects of fracking are too high and could hurt the region down the line. Proponents argue that the rural and exurban jobs created by the natural gas industry are necessary for the regional economy.