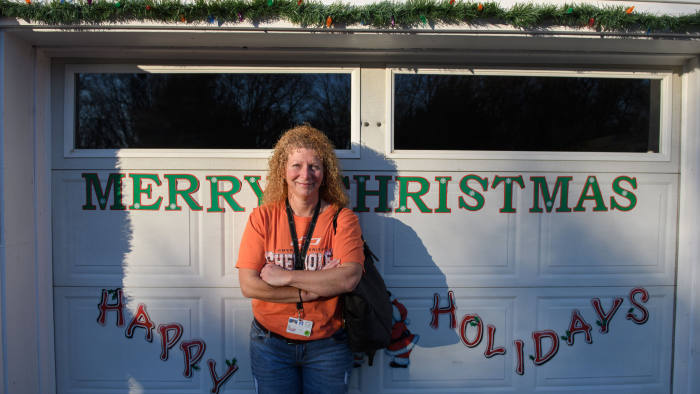 Not Trump’s fault: Linda Balogh does not blame the US president for the job losses © Jeff Swensen

Dec 21, 2018 – “I bet [General Motors’ chief executive] Mary Barra’s hands don’t look or feel like my hands,” said Linda Balogh, 52, as she reflected on the toll that her years on the production line have taken on her body.

Now she is about to lose her job, at the GM Lordstown plant near Youngstown, Ohio. It is one of four US factories that Ms Barra plans to idle next year as the American auto industry embarks on its most extensive restructuring since GM went bankrupt a decade ago.

Ms Balogh will not be the last to face redundancy, as Ford and GM prepare for a US sales downturn and scramble to cut costs so they can invest in new technologies for a future when cars are increasingly self-driving, electric and shared.

GM has said it will cut more than 11,000 jobs in North America, and Ford may cut twice that number, though many will be overseas. The scale of those job losses will hit hardest in areas such as Warren near Youngstown, where the plant is located. It was already a potent symbol of rust belt decline after its steel mills closed 40 years ago, leaving it heavily dependent on a GM plant that will soon stop production. END_OF_DOCUMENT_TOKEN_TO_BE_REPLACED