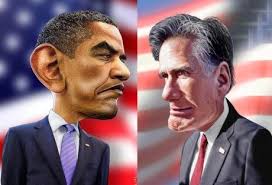 The two candidates are essentially tied among voters in the Midwest.

"You saw those numbers a moment ago, I think they are only going to get better," Florida Sen. Marco Rubio, a Romney supporter, said on NBC’s "Meet The Press."

Obama supporters, meanwhile, shrugged off the numbers, saying they expected a close race.

"We feel good about where we are," said David Axelrod, a senior adviser to the Obama campaign. "We feel we are even or ahead in these battleground states." From NYDailyNews.com