The GOP War on Voting

In a campaign supported by the Koch brothers, Republicans are working to prevent millions of Democrats from voting next year

As the nation gears up for the 2012 presidential election, Republican officials have launched an unprecedented, centrally coordinated campaign to suppress the elements of the Democratic vote that elected Barack Obama in 2008. Just as Dixiecrats once used poll taxes and literacy tests to bar black Southerners from voting, a new crop of GOP governors and state legislators has passed a series of seemingly disconnected measures that could prevent millions of students, minorities, immigrants, ex-convicts and the elderly from casting ballots. “What has happened this year is the most significant setback to voting rights in this country in a century,” says Judith Browne-Dianis, who monitors barriers to voting as co-director of the Advancement Project, a civil rights organization based in Washington, D.C.

Republicans have long tried to drive Democratic voters away from the polls. “I don’t want everybody to vote,” the influential conservative activist Paul Weyrich told a gathering of evangelical leaders in 1980. “As a matter of fact, our leverage in the elections quite candidly goes up as the voting populace goes down.” But since the 2010 election, thanks to a conservative advocacy group founded by Weyrich, the GOP’s effort to disrupt voting rights has been more widespread and effective than ever. In a systematic campaign orchestrated by the American Legislative Exchange Council – and funded in part by David and Charles Koch, the billionaire brothers who bankrolled the Tea Party – 38 states introduced legislation this year designed to impede voters at every step of the electoral process.

All told, a dozen states have approved new obstacles to voting. Kansas and Alabama now require would-be voters to provide proof of citizenship before registering. Florida and Texas made it harder for groups like the League of Women Voters to register new voters. Maine repealed Election Day voter registration, which had been on the books since 1973. Five states – Florida, Georgia, Ohio, Tennessee and West Virginia – cut short their early voting periods. Florida and Iowa barred all ex-felons from the polls, disenfranchising thousands of previously eligible voters. And six states controlled by Republican governors and legislatures – Alabama, Kansas, South Carolina, Tennessee, Texas and Wisconsin – will require voters to produce a government-issued ID before casting ballots. More than 10 percent of U.S. citizens lack such identification, and the numbers are even higher among constituencies that traditionally lean Democratic – including 18 percent of young voters and 25 percent of African-Americans.

END_OF_DOCUMENT_TOKEN_TO_BE_REPLACED 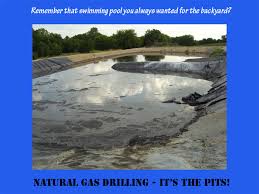